Playing the lotto is very common among Filipinos in hopes to be a millionaire and give their family a stable life.

Currently, the jackpot prize of the Philippine Charity Sweepstakes Office Ultra Lotto 6/58 had increased into a whopping 574,579,336 pesos for its draw. 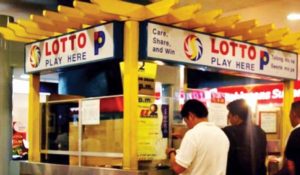 The last jackpot prize was won by two lucky players on February 16 this year and since then, no one won the jackpot price. All in all, there had been 87 draws since to add, this is the highest jackpot amount for the Ultra Lotto game since this was introduced by the PCSO in the month of February of 2015.

According to PCSO’s stratum, the jackpot prize for Ultra Lotto 6/58 starts at 50 million pesos and grows as more people place their bets until the winner will be drawn.

One of the highest prizes was the Grand Lotto 6/55 which was claimed by one winner and brought home over 741.2 million in November 2010.

There are other lottery games that will allow you to bring home a huge amount of cash like Super Lotto 6/49, Mega Lotto 6/45 and Lotto 6/42, 6 Digits (6D), 4 Digits (4D) Game, Suertres Lotto, and EZ2 Lotto. It also has a game called Keno which is an online lottery game that has multiple daily draws.

Follow us at Usapang Piso for more financial news and updates.

How should you spend your lotto jackpot prize?

Everyone is going crazy for the biggest jackpot prize in 6/58 grand lotto that already reached 1 Billion! Have you ever imagined winning such a huge prize? But you could be the next billionaire in […]